To provide a striking entrance and extension that would act as a focal point to define the ethos of the school’s image. Incorporated into the building was a wind turbine which was not only used to supply electricity to the school but was also used by the students to monitor wind speeds. The project was completed in 2008.

The site contained a large tree and as the soil was cohesive in nature the foundations needed to be carefully designed so that expansion/ shrinkage of the clay did not affect the structure in the future. In order to minimise the foundation depths to alleviate this issue, Adept designed the substructure as a reinforced concrete raft on granular fill which effectively halved the excavation depth, as opposed to a strip footing solution.

The curved perimeter wall was built using a reinforced concrete insulated polar wall type construction. This was adopted due to its flexibility to form the curved geometry requested. It was also favoured because of its speed to construct and the fact it was assembled using only lightweight material – thus, no heavy lifting or specialist equipment was required.

The construction took the form of two leaves of polystyrene polarwall panels with a 150mm reinforced concrete infill designed to cantilever from the foundations. To achieve the striking look required it was clad in timber.

The internal space needed to be free from columns and therefore the large spans of the roof were obtained by using 300mm deep TGI joists which were supported on the existing structure at one side and on the polar wall to the other. Curved clerestory glazing was constructed centrally within the structure, supported by a steel frame. The structural depths were kept to a minimum so as not to impose on the aesthetics of the building. 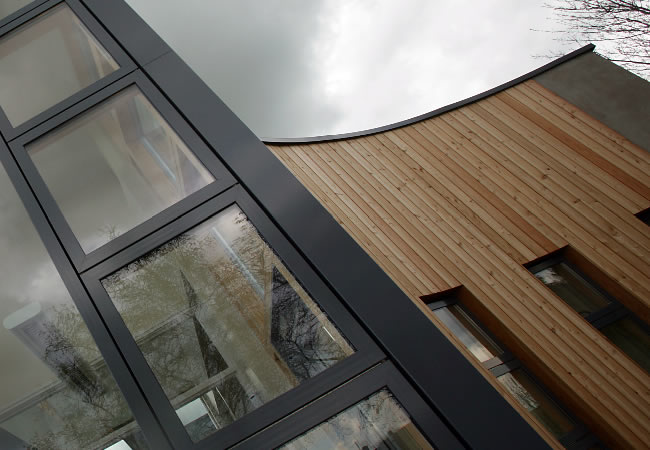 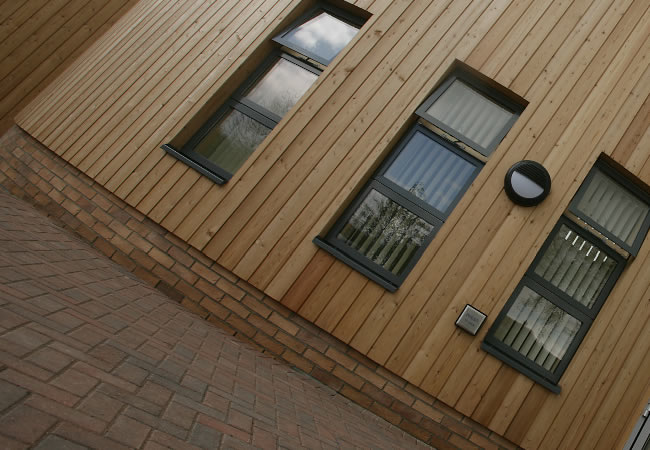 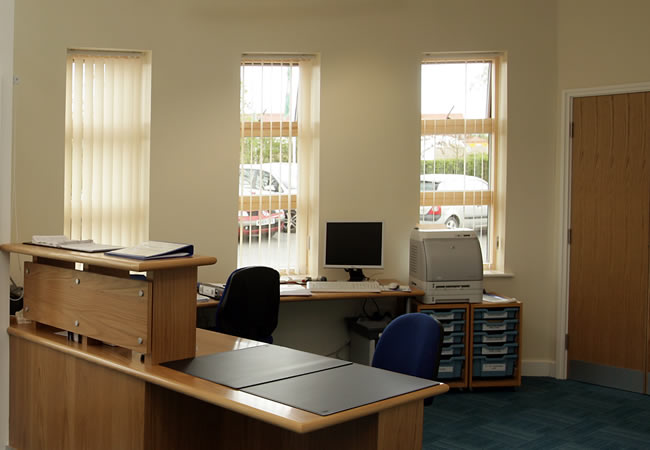