To provide a new modern entrance area, inspirational to both students and staff. This was to stand out from the traditionally constructed stone mill building it was serving by using large glass panels. The project was completed in 2010.

The project involved the construction of a glazed steel frame which formed an entrance to an existing mill building. There was previously no entrance at this location and part of this project’s challenge was to provide a suspended ground slab against the mill where an existing service walkway at basement level was evident. As a consequence, part of the ground floor was constructed in suspended reinforced concrete supported by the existing structure whilst part was ground bearing. It was also necessary to design the slab and foundations to avoid underground services which would have been very costly to divert. All the foundations were reinforced concrete ground beams founded onto sandstone. Adept worked with the contractor to keep the sub-structure as shallow as possible to minimise the excavation of sandstone.

The roof was a Kalzip standing seam sheeted roof fixed to steel purlins. The purlins were designed to be within the depth of the roof beams to maintain a shallow construction depth. A very slender steel framed construction was designed to achieve the architect’s aspiration.

Bracing was not allowed to the steel frame structure and structural stability was therefore provided by moment resisting steel frames with the base connection of the columns designed as fixed. The moment connections for the steel beams and columns were carefully designed so as not to intrude on the aesthetics of the structure. 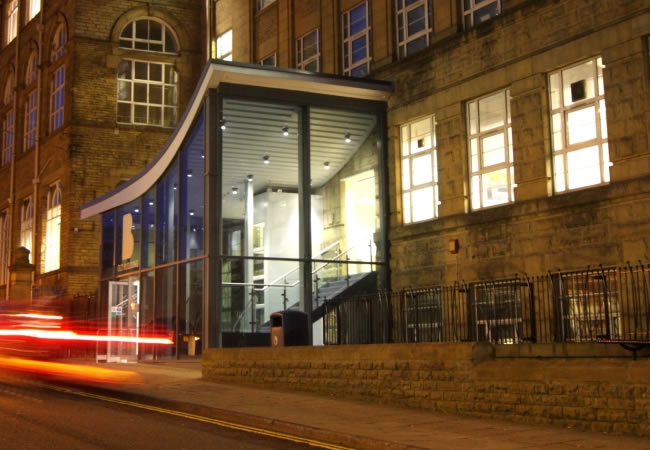 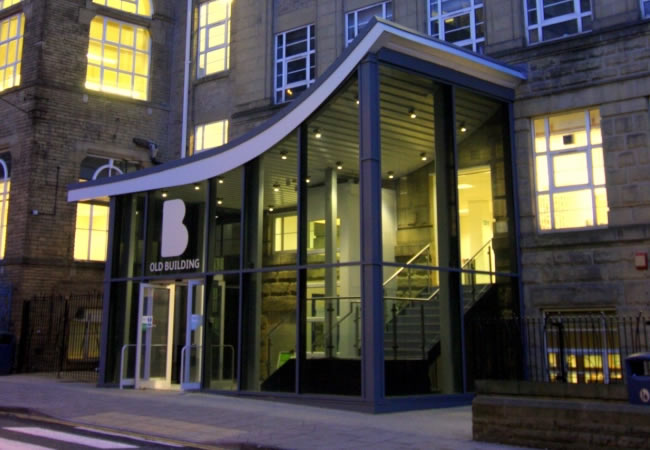