To provide civil and structural services including substructure, superstructure, highways and drainage design.

Adept’s first major office development, Olympic Park, delivered 82,000 square feet of office space over 12 high quality commercial buildings built to a BREEAM very good accreditation and set in 10 acres of land adjacent to the M6. With the site being split in two by the Spittle Brook, careful coordination with the Environment Agency was needed to agree ecological and flood risk issues with regard to a new bridge and site levels. The scheme was completed in April 2008.

Due to varying ground conditions encountered across the site some units were built on stiff clay whilst other unit foundations were built off vibro-treated ground. The foundations to the columns of the two-storey offices were traditional mass concrete with external and internal blockwork walls supported on concrete strip footings, reinforced for the vibro treated units.

All the units were built with a structural steel frame designed by a specialist contractor. The internal beams to the first floor were designed compositely with a metal deck concrete slab. The
first floor construction comprised a composite metal deck floor with reinforced concrete with computer floor over.
The site was susceptible to flooding and reports were required by the local authority to investigate this issue and the ecological impact of the development to Spittle Brook which crossed the site. The layout of the site, levels and bridge design were carried out with this in mind and two attenuation ponds were provided. Matters were further complicated by a high pressure gas main and adopted foul sewer running across the site in the vicinity of the new bridge. Coordination of services was paramount to ensure that sufficient working room was allowed around these existing services 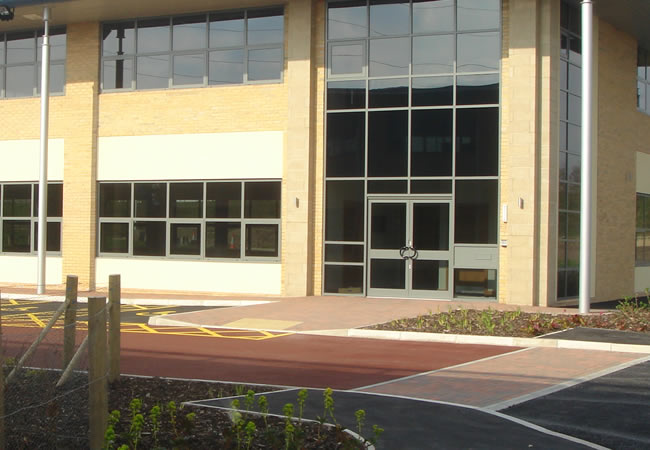 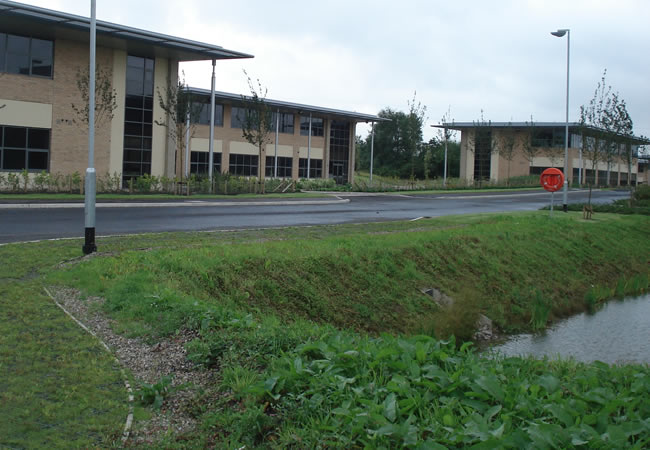 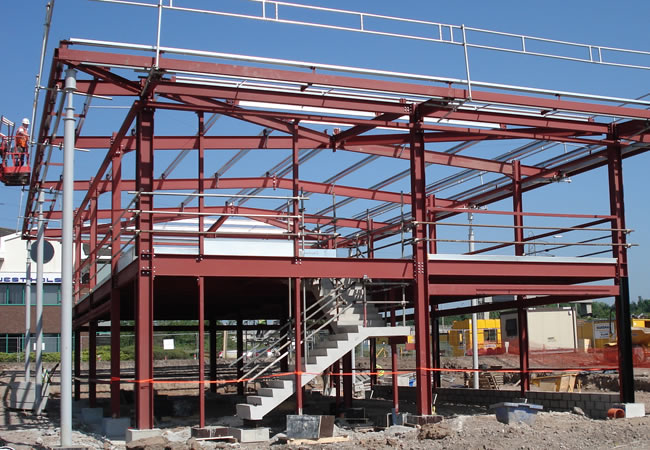