Back to Petrol Filling Stations

The project comprised the construction of a new “pay at pump” and “drive to pay” kiosk petrol filling station (PFS) with the installation of two 75,000 litre underground fuel tanks.

Due to the proximity of the site to the River Yar, the typical solution of burying the fuel tanks under the ground was not feasible. This was predominantly due to the groundwater on site being influenced by the tide.

During times of high tide, the sandy/silty ground at depth became saturated. The ground was found to heave due to the surcharge of material removed. Consequently, the concrete tank farm base was piled to hold down the tanks during
high tides.

Adept analysed the tank farm base using Finite element analysis to determine the best solution for pile layout and reinforcement in the slab. Adept designed all underground drainage solutions on the site, as well as the foundations for the canopy and all external
works.

Poor ground conditions on the site dictated that piled foundations were required to support the canopy foundations. 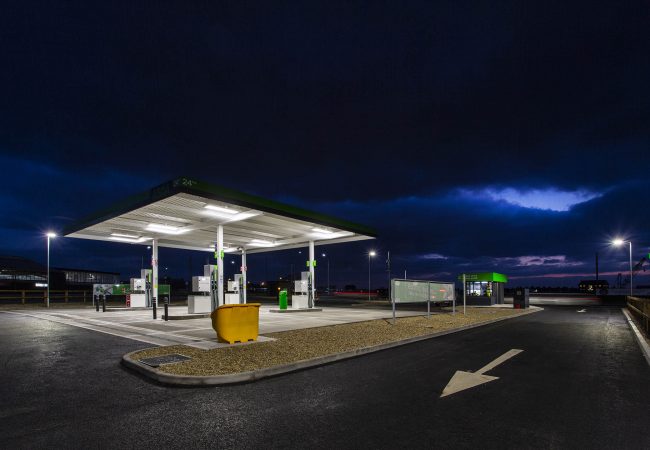