To refurbish the internal space so that it could function as a modern medical facility and also to provide a light rich and aesthetically pleasing entrance area to an existing building. The patients using the existing facility were relocated prior to construction commencing, however, a number of the administrators remained so it was necessary to coordinate all work carefully. Three community services operating in South Leeds were to relocate and use the building for their needs, alongside older people’s services. The project was completed in 2011.

The project involved a complete refurbishment to the ground floor of the medical centre, including the removal of a number of load bearing walls. Steel beams were introduced to facilitate the load transfer from the upper floors where load bearing elements were removed. The steel depths were designed to a minimum in order to maintain the existing service void. Adept worked closely with the architect to establish areas of remaining load bearing masonry piers. These needed to be structurally stable whilst also enabling the building to function correctly.

In addition to the refurbishment, a single storey entrance extension to the front of the existing building was constructed. To achieve the architectural vision, it was deemed appropriate to construct the roof using exposed glulam beams with a metal sheeted roof over. The glulam beams, already fabricated curved, were supported on steel beams at the apex with galvanised mild steel shoes at their base. Careful detailing ensured the steel shoe detail and the steelwork was acceptable to both the architect and the client. The foundations took the form of a reinforced concrete strip footing to support the glulam roof structure, with the ground floor being formed as part of a reinforced concrete raft foundation. 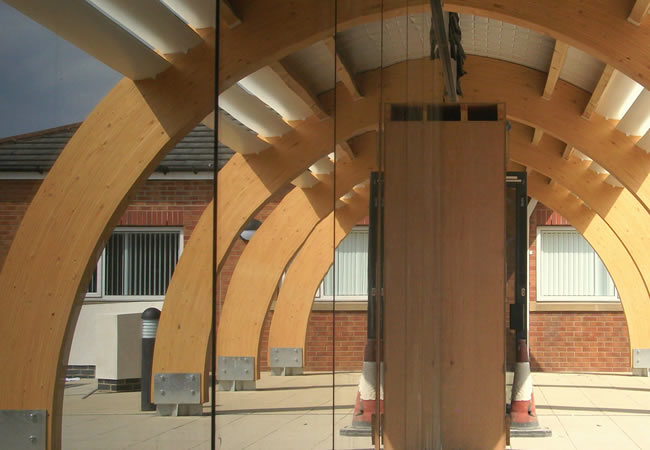 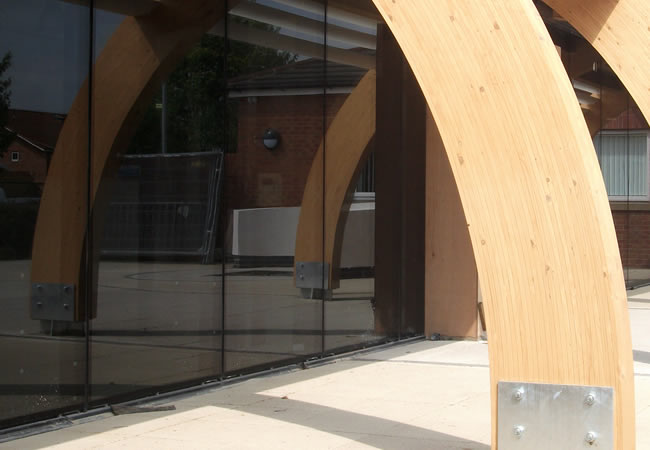