Adept has won a prestigious contract to provide a full range of civil and structural engineering services on the multi-million pound restoration of a historic coaching inn, in Beverley town centre. The Beverley Arms dates back to the 1790s and sits in the North Bar Within area of Beverley, directly opposite St Mary’s Church.  It was bought by pub group Daniel Thwaites Plc in 2016 and the company secured planning to redevelop the building to create a high quality pub and restaurant along with 38 bedrooms, under its Inns of Character brand as part of a £6million investment.

The scheme has been designed by Bowman Riley Architects and interior design firm Goff Associates.  Philip Lally Ltd is the main contractor on the project, which will complete in 2018.  The work will also see the demolition of a five storey tower block, which was built at the back of the original building during the 1960s.

Rick Bailey, Chief Executive Officer at Thwaites, said: “It’s fantastic to finally see activity taking place at The Beverley Arms.  Work is progressing well and anyone who has walked past recently will have already noticed a significant difference.

“The eyesore bedroom block at the back has been demolished, which I know will be welcome news for the community. The demolition phase is complete and now the construction team is on site to refurbish the existing building and build the new bedroom extension.  It’s going to be fantastic to see the project when it’s completed and we are looking forward to opening next year.”

Jonathan Ashton, Principal Engineer at Adept Consulting Engineers, says: “The Beverley Arms is a stunning three storey Georgian building directly opposite St Mary’s Church, which is widely recognised as one of the most beautiful churches in the country.  However, the 1960s five storey tower was both intrusive and completely out of keeping with the historic surroundings.  It’s great to see this demolished and being replaced with a three storey structure that very much complements the original building.

“Adept’s work will include designing the structural elements of the new building as well those needed to create welcoming reception spaces in the existing building.  This covers everything from dealing with original joists and beams through to removing structural walls and installing new supporting steelwork.”

Finally Jonathan adds: “When work completes next year, there’s no doubt the Beverley Arms will greatly enhance the surrounding streetscape once again, as well as creating a magnificent hotel, restaurant and pub that Beverley can be very proud of.” 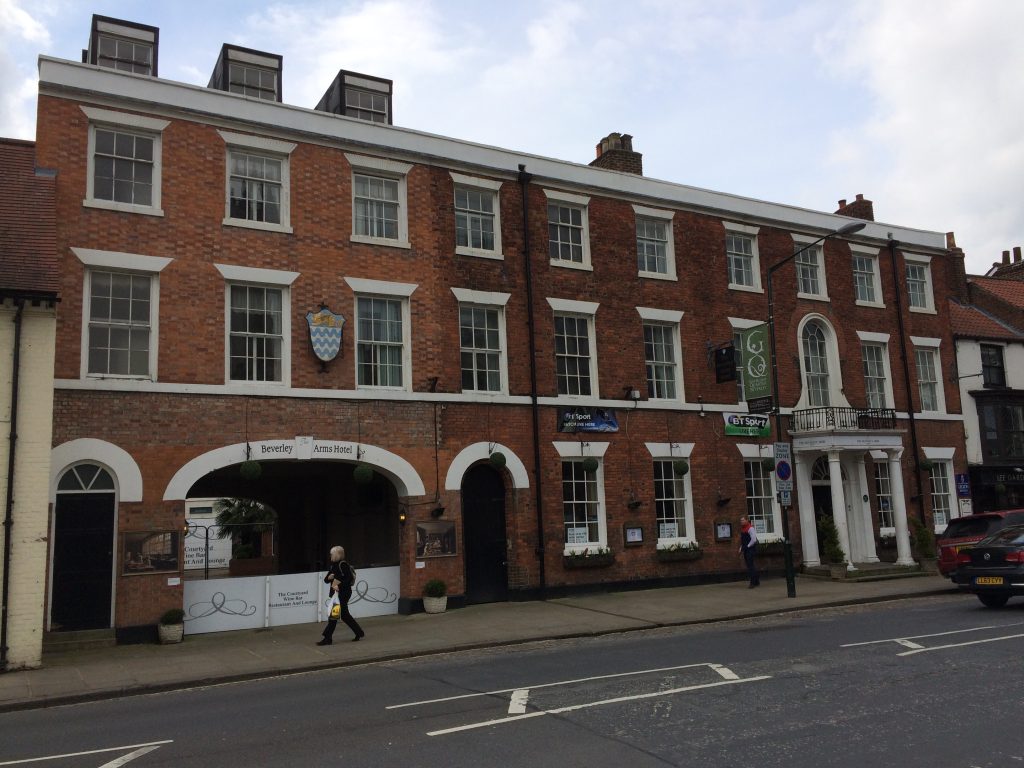