Adept’s team of civil and structural engineers cross the Pennines to take part in a gruelling triathlon in order to raise money for two charities. On Friday 24th July, Erol Erturan, Matthew Ramsden and Chris Brown, formed a relay team to run, cycle and swim in the JLL Property Triathlon North at MediaCity in Manchester.

Adept’s Director, Matthew Ramsden, said: “There were hundreds of competitors taking part in a 750m swim, 20km cycle and a 5km run, as individuals and in teams. Anyone from the property industry could take part and we thought it was a great way for us to help raise funds for two hugely deserving charities in Starlight and The Christie.” 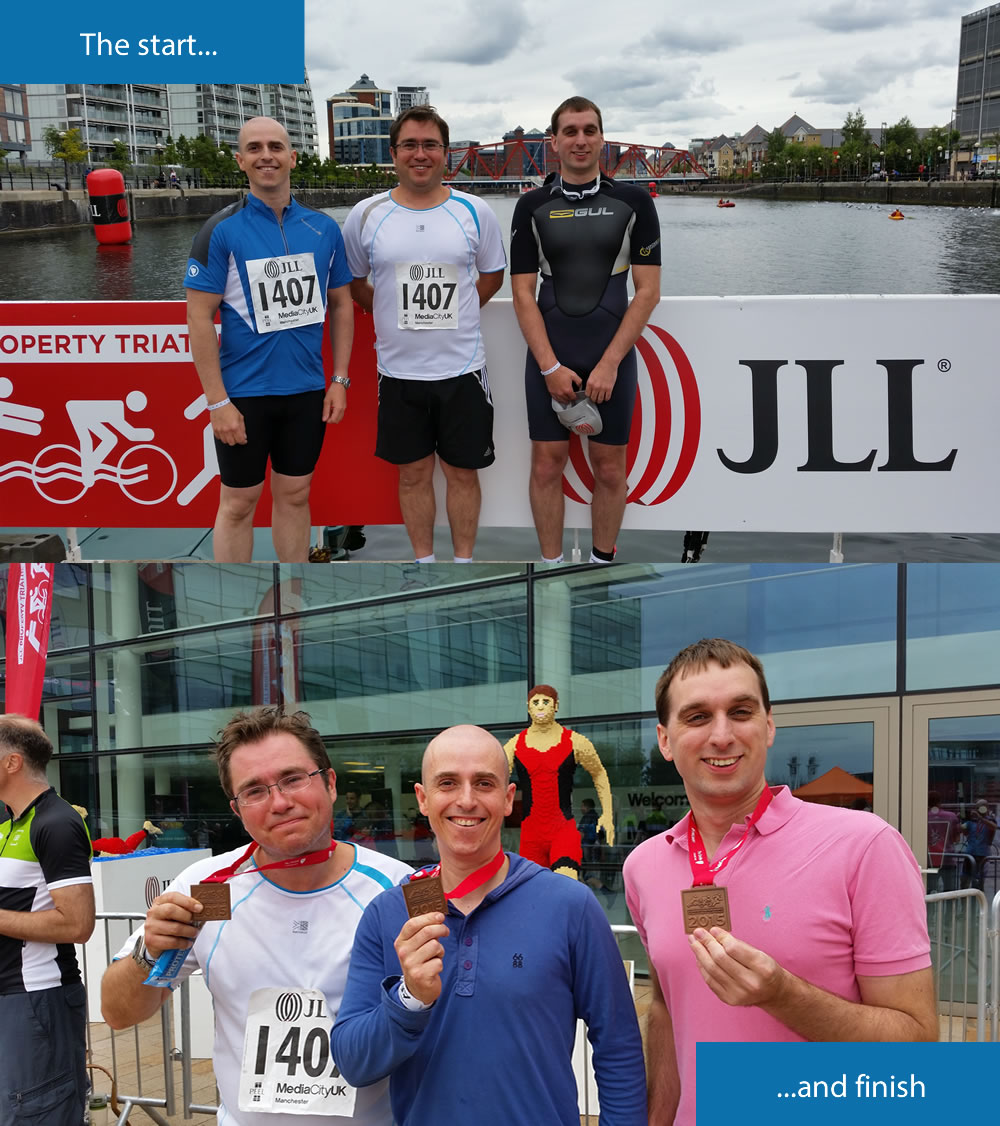